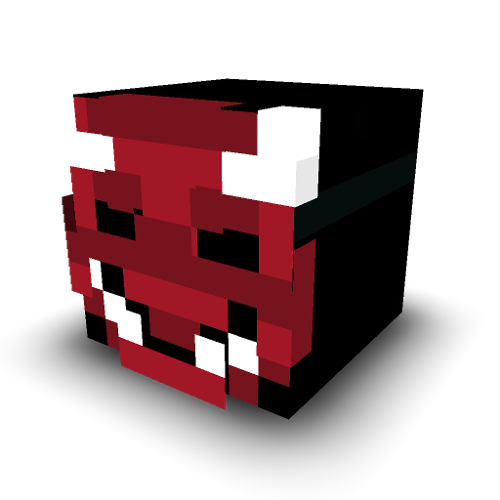 xQgamers
You are Hot.
24 days ago

Caledonian_EH
Geeks are the best type of nerd.
About 1 month ago

Registered:
about 1 month ago

More Forum Sections
First of all, sorry for the late reply.  To give you some insight, we did consider creating some off topic channels, but decided against it due to already having a discord. As for recruitment, that's what the realm channels are for. I will add a tag for island recruitment.
18 days ago

Helper Requirements
Requirements Age: At least 13 years old Social Accounts: Must personally own a Minecraft account Must personally own a Discord account Must create a forums account Punishments: Must not have received a punishment in the past 14 days (2 weeks), and not have a major history Qualities: Be able to understand and explain all rules Have a general understanding of the server Generally, be mature Be active, and online often Proof: Be able to submit valid screenshots Able to record at least 720p30fps with a moderate bitrate Be able to provide proof towards punishments Application: Must be well thought out Must have a reason towards applying Must not already be staff on another server Should be readable with minimal grammatical/spelling mistakes Desired Traits Previous staff/moderation experience Ability to screen share or understand hacks Multilingual Fast learner Works well in a large team If you do not meet every requirement, that's ok and we're willing to adjust. Hyskies is mostly looking for active, enthusiastic staff members who really want to support the server. For more information on applications, click here. To everyone who applies, best of luck!
about 1 month ago

New Forums
Welcome to our Forums. Welcome to the new forums, we're excited to see you. We've just recently switched platforms with the intent of raising our quality of work and enabling new possibilities that we just simply couldn't do before. Sadly this means that you will have to create a new account, and set everything to how you like it. Our development team strives to create the best content possible, so please let us know about any mistakes or bugs as we all learn this together. Lastly, on behalf of Hyskies we thank you for your ongoing patience and support, it really means everything to us.   Applications From now on, applications will be conducted through a form, which can be found here, or in our forums. The reason why we're changing this, is for ease of use for everyone. Applicants will no longer need to copy & paste a format, and staff members won't need to remind users about the requirements. To view your submission, go to your account, and click on the "submissions" tab. At this same time we've revamped our staff and media ranks, and those requirements to better support our content creators.   Server Store Along with the forums, we've also embedded the server store into the website, making it easier to access everything. More will be coming soon, but expect some updates on our store.
about 1 month ago

Hyskies Allowed Modfications
Hyskies Allowed Modifications Below you will find a list of allowed mods for the Hyskies Network. This list defines the modifications that are allowed, any any not listed are considered "use at your own risk." Basically if a mod doesn't give you any advantage over other players that aren't using the mod, you should be fine. If you would like to request an addition / removal on this list, create a ticket. Players are responsible for learning the rules, and staff are not obligated to give a warning for each offense before a punishment is given.   Hyskies highly discourages users from using clients not listed, as many include subtle cheats such as velocity modifiers or no-slow. Some of these clients include Salwyrr or Mada. For the best experience, use badlion as all disallowed modules are automatically disabled upon joining the network. Allowed: Clients: Vanilla / Optifine (Highly recommended) Badlion Client (Highly recommended) Lunar Client Cosmic Client Labby Mod (External mods must adhere to this list) Forge (External mods must adhere to this list) Performance Modifications: Optifine FPSPlus BetterFPS FoamFix Aesthetic Modifications: Oranges 1.7 Animations Fullbright Shaders Center Potion Chunk Edges Keystrokes /  Huds Non-Xray resource packs PvP Addons: ToggleSprint (Excluding ToggleSneek) Mouse delay fix Potion counters Bspkrs Core Minimaps (Excluding radar) Other: Replay Mod Schematica (Printer on allowed realms) Console clients (Automated join/leave & homes only) Note: Any modification to these mods will result in a higher chance of a punishment, if believed to be causing cheats or unfair advantages. Hyskies highly recommends using the most up to date stable release of a mod without any modifications.
about 1 month ago

Hyskies Skyblock Rules
Hyskies Skyblock Rules Below you will find a list of rules for the Hyskies Network. Most follow common sense and a policy of respecting others and not ruining other people’s gameplay. Basically speaking, if something would damage another player’s experience in an unfair way, it is not allowed. Even more basically speaking, don’t cheat or be a jerk. Remember that the rules listed below are summarized to make them easier to read and staff members have the final say on punishment. If you are unclear on one of the rules please contact a member of staff for clarification. Players are responsible for learning the rules, and staff are not obligated to give a warning for each offense before a punishment is given. In addition to the Network Rules, this apply specifically to all skyblock realms. All players are asked to keep things fair by not teaming, using any outside modifications not previously allowed by the server, merging, insiding, creating alternate islands, exploiting or duping. 1. Teaming: Allying with another island whilst fighting another player is considered teaming. More specifically the act of purposely working with another player to aid both in a PvP / PvE battle. 2. Merging: An island can not merge with another island with the intent of combining value, or to give excessive amounts of value to another player. 3. Value: All island values should be placed 24 hours before payout for their position to qualify. Any value additions will be ignored, as this prevents last-minute duping. 4. Insiding: Stealing items, spawners, or any type of value with the intention of self-gain is considered insiding. It’s up to the insided island to raise the issue with sufficient evidence to the staff members. 5. Alternate Islands: An island can not create another island with the intent to compete for is-top, store value, house extra alts, ect. For more information, contact a staff member. 6. Economy Glitches: Economy glitches are not allowed! The punishment is determined based on the severity. These rules outline the basic conduct expected by players, and the administrators and higher reserve the right to edit punishments or lengths if deemed necessary, at the discretion of the issuer. If you would like to dispute a punishment or decision, do so using the correct methods. Note that these rules are subject to change without notice, but this document will be updated prior to changes coming into effect. It is the player’s responsibility to stay updated with the rules, as punishments will be issued according to them. If you have any questions or concerns, feel free to contact us.
about 1 month ago